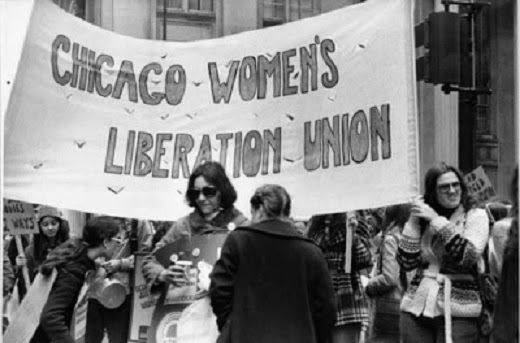 This section of CWLU.org provides detailed descriptions of several CWLU programs. Additional Program Descriptions will be added in the future.

Liberation School
One of the earliest CWLU projects was the development of its Liberation School for Women, offered as a way to counter inaccurate information in the mainline media and to reach out to women beyond the already-committed CWLU activists. This piece describes the founding of the Liberation School and key aspects of how it operated, and gives information about the vast range of courses it offered.

WOMANKIND
The CWLU’s outreach newspaper WOMANKIND was another early project designed to counter inaccurate information in the mainline media and to reach out to women not already involved with the CWLU. This article explores its establishment, how it operated, key issues it faced, and provides information on the range of topics it covered.

Speaker’s Bureau
The CWLU Speaker’s Bureau, founded early on, allowed the CWLU to respond to the many requests for information in a way that countered misleading media imagery while also reading out to women –and men –beyond those already in contact with the CWLU. As described in this piece, the Speaker’s Bureau method of operation was designed as well to counter the tendency of the media to create “stars” while leaving most women sitting passively on the sidelines.


Information and discussion about women’s health, sexuality, and reproductive rights were limited when the CWLU was founded in ways that are unthinkable today. CWLU had a wide range of health-related programs ranging from pregnancy testing, a rape crisis line, abortion referrals (both before and after Roe v. Wade), and combatting sterilization abuse, as described in this article.

Chris Riddiough & Margaret Schmid
Chris Riddiough (right) became involved in politics in the 1960s as an anti-Vietnam war activist. She moved to Chicago in 1968 and got involved in the Chicago Women’s Liberation Union. She worked on Liberation School and Blazing Star and was on the steering committee and staff of CWLU. She has also been active in the gay and lesbian movement. She moved to Washington in 1983 where she now teaches computer programming and statistics. Margaret Schmid (left) was in the CWLU WOMANKIND work group, the speaker's bureau, and served as steering committee co-chair. She worked with public sector unions, first as leader in a public university faculty union in Illinois and then as senior staff with a large state employee union in Ohio. She subsequently did health care advocacy work focused on quality, access, and affordability. Now retired, Margaret lives in Chicago.